Don’t get upset. It’s not what you think. It’s just what someone called it after piling me with bunnies.

First there was one.

Then someone asked if I’d like to hold two. “Sure,” I said, but that quickly jumped to three. 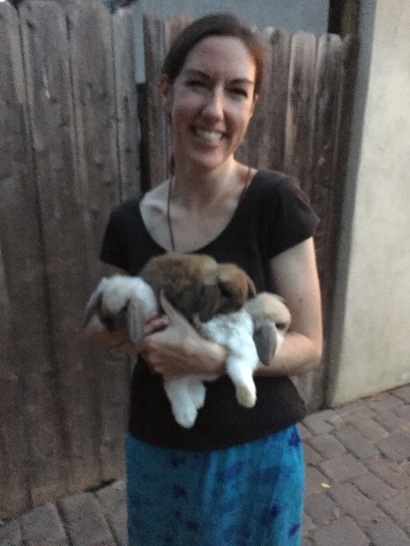 And suddenly there were four. 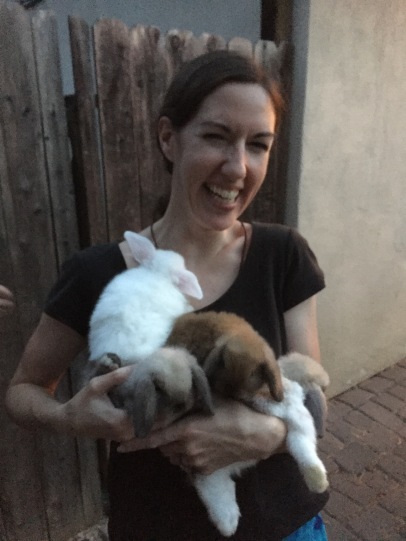 Then, of course, five.

And finally, all heck breaks lose. I couldn’t stop laughing. 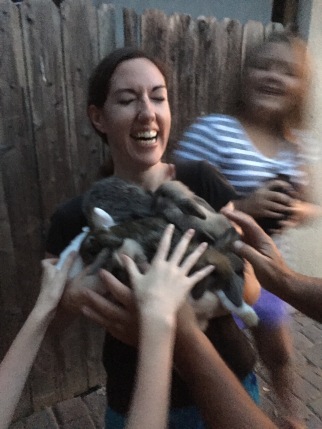 Though it’s a little hard to tell, I’m holding eight bunnies. (My apologies for the grainy photos. It was mostly dark out.)

I didn’t have “hold eight bunnies at once” on my bucket list, but I’d like to add it after the fact and then cross it off.

What strange things are on your bucket list? How many bunnies, or other animals, have you held at once?